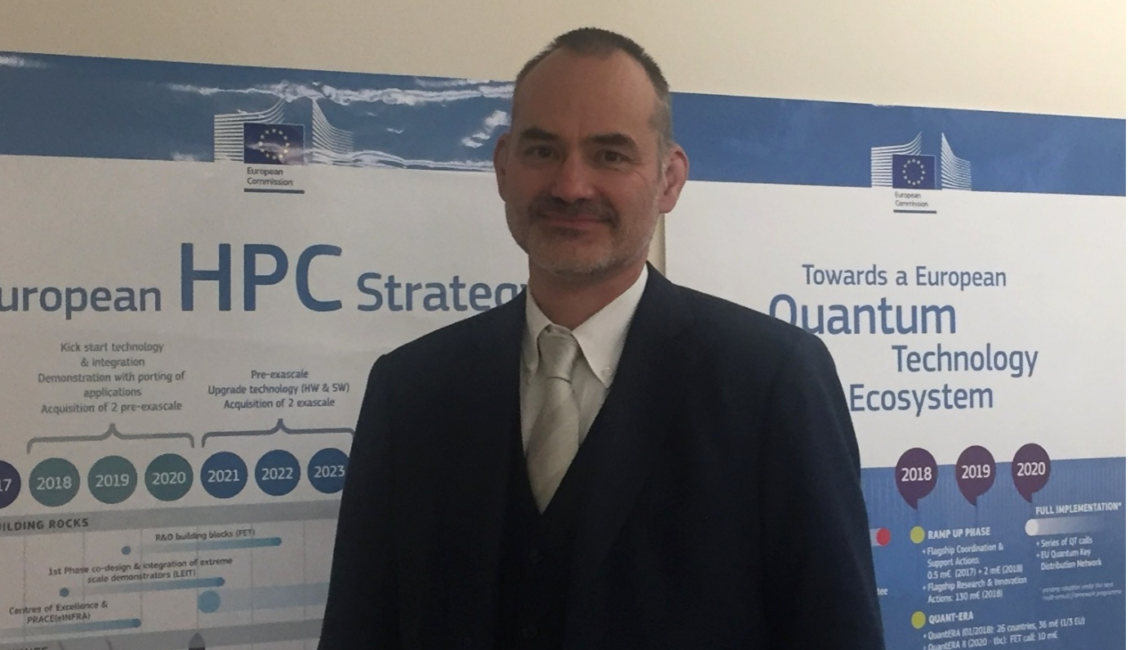 He started his professional career as a project manager in photonic networks at the incumbent telecom operator in Belgium. He was R&D manager when he left the company.

In 1998 he joined the Directorate General Information Society & Media of the European Commission where he started working as Project Officer managing research projects of the European Framework Programs for Research. Over the years he had several assignments in quantum technologies, photonics, and cybersecurity.

In 2014 Gustav Kalbe became Head of Unit for Administration & Finance in the European Commission, in Directorate General Communications Networks, Content and Technology.

In 2016 he was appointed Head of Unit of the newly created High Performance Computing and Quantum Technology unit in Directorate General Communications Networks, Content and Technology.

In 2018 he became responsible for the establishment and operation of the European High Performance Computing Joint Undertaking. He occupied the post of Interim Executive Director of the Joint Undertaking until its autonomy by the end of 2020.

In January 2021, he was appointed Deputy to the Director of DG Connect C “Digital Excellence and Science Infrastructure”.

Since May 2022 Gustav is the Acting Director of DG Connect C “Digital Excellence and Science Infrastructure”.