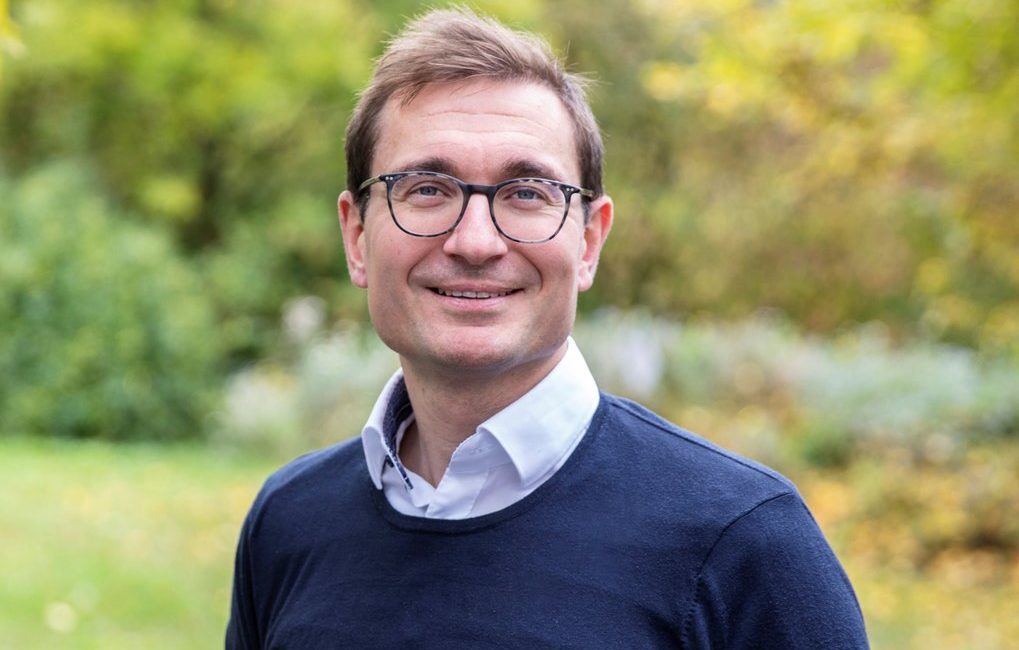 Tobias J. Erb is a synthetic biologist and Director at the Max-Planck-Institute for terrestrial Micro­biology in Marburg (D). Tobias Erb’s research centers on developing an artificial photosynthesis for the sustainable conversion of the greenhouse gas carbon dioxide (CO2) with natural and synthetic cells. Resaerch activities in the Erb lab focus on the discovery and engineering of novel CO2 converting enzymes and their use in the bottom-up design of artificial chloroplasts and synthetic cells.

Tobias Erb studied Chemistry and Biology at the University of Freiburg (D) and the Ohio State University (US). After obtaining his PhD in 2009, Erb was a postdoc at the University of Illinois (US), before heading a junior group at the ETH Zürich (CH) from 2011-2014. In 2014 he became an independent Max Planck Research Group Leader at the Max Planck Institute for terrestrial Microbiology in Marburg, where he was promoted to director in 2017.

For his work, Erb received several awards, among them the Otto Bayer Award (2018), Germany’s most prestigious award for innovation in chemistry & biochemistry, the Heinz Maier-Leibnitz Prize of the German Research Foundation, and the Research awards of the German and Swiss Societies for Microbiology.

He was named one of twelve outstanding scientific talents by Chemical and Engineering News of the American Chemical Society and elected to the European Academy of Microbiology, as well as the Young Academy at the National Academy of Sciences, Leopoldina. Erb serves as expert on the working group “Artificial Photosynthesis” and “Life Sciences” at the German National Academy of Sciences, Leopoldina.